HomeResearchEntomologyEntomology
Back to team overview 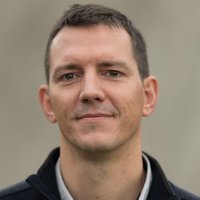 Evolutionary biology, phylogenetics, systematic and phylogeny of Coleoptera, origin and evolution of biodiversity, evolution of endogean and cave beetles, phylogeny vs morphological evolution in beetles, biogeography of beetles, adaptive and speciation processes, conservation of subterranean biodiversity.

Pyrenees (Ordesa), a hotspot of subterranean biodiversity (left). The two hypotheses regarding the origins of the subterranean fauna. Multiple independent origins of subterranean species, vs. secondary dispersal of hypogean species posterior to colonization of the underground environment (modified from Faille et al 2013) (right)

Patterns, evolution and richness of the subterranean biodiversity of beetles

My research is focused on the description and a better understanding of the origin and evolution of subterranean biodiversity of Coleoptera, from populations and species up to the ongoing radiations.

Hypogean habitats are present all over the planet. Although arthropods account for nearly 80% of the animal kingdom, a limited number of organisms have successfully colonized these underground habitats, characterized by extreme environmental conditions and limited food income almost entirely dependent on introductions from the surface. These organisms belong to aquatic and terrestrial crustaceans, arachnids, myriapods, collembolans and beetles.

The evolution and origin of cave life has always fascinated evolutionists and biologists, since cave-dwelling organisms show a highly modified biology and morphology, combining the loss of some traits (eye degeneration, depigmentation) with the enhancement of others (mechanical and chemical sensory organs, body shape modifications). These morphological adaptations are often associated with changes in the life cycle and metabolism: subterranean species tend to develop K-strategy trends, such as the production of fewer but much larger eggs, longer life spans and, in some extreme cases, reduction of number and length of larval instars. Cavernicolous invertebrates are very good models to study speciation and diversification due to the isolation of populations in well-defined karstic units without gene flow, leading to a strong structuration of populations.

Among insects, many groups of Coleoptera have repeatedly colonised the subterranean medium, but only two families of beetles have significant terrestrial underground radiations : Leiodidae (Leptodirini) and Carabidae (Trechini). Subterranean species of both groups share morphological adaptations to an underground lifestyle: loss of metathoracic wings, eyes and body pigments, and parallel changes in body shape and size. The use of molecular approaches in subterranean biology has increased in the last decades, as these methods appear as a powerful tool to overcome the drawbacks associated with morphological convergences and to understand the histories of these groups, which are alternatively considered as living fossils or recent invaders of the subterranean environment. Caves are often considered as islands, where the fauna is restricted to a well-defined area with lack of gene flow leading to a strong differentiation between populations. This fragmentation of the subterranean domain into isolated entities is key for understanding the diversification of cave faunas, highlighting a mode of allopatric speciation where vicariance events play a major role. Reduced gene flow makes subterranean populations, like island populations, excellent models for observing and interpreting evolution patterns. The genetic isolation of many species in well-defined karstic units, and their evolutionary trajectories, under the combined influence of strong unidirectional selection pressure and genetic drift, result in remarkable endemism, often higher than island endemism.

The micro-endemism of cave taxa confers them a very high patrimonial value, the number of strict subterranean species being estimated between 50,000 and 100,000. Among them, beetles of the tribes Trechini (Carabidae) and Leptodirini (Leiodidae) are unique models for studying evolutionary processes in arthropods, due to their extreme diversification in some hotspots and their range of adaptations to underground life.

Integrative Systematics, biodiversity and evolution of the tribe Trechini (Carabidae)

Beetles account for 25% of the described global biodiversity, and have been the group of insects most successful at colonizing underground environments.

Carabidae of the tribe Trechini are widespread on all continents and have developed multiple strategies to adapt in changing environments. They live from sea level (some species are submarine elements) to the highest mountains of Africa and Asia. Most species are highly hygrophilic and had to colonize subterranean environments to survive during past warming periods. Therefore, their present-day distribution helps to understand past paleoclimatic events. These peculiar histories drove diversification and led to a very high level of endemism. Species that diversified in karstic areas of the world have independently developed similar characteristics: they are completely blind and apterous, with a slender body form and sometimes an extreme elongation of the head, pronotum and appendages, resulting in a very characteristic appearance, the ‘‘aphaenopsian” habitus type.

While Leptodirini is a monophyletic Palearctic lineage of underground beetles, Trechini are highly diverse (nearly 2,000 species described) and are distributed worldwide; they occupy a vast diversity of habitats, from high mountains to subterranean environments, through forest litter and the intertidal zone. This group is an excellent model to understand ecological adaptation, molecular evolution and historical biogeography.

Through the building of a World phylogeny of Trechini, various questions are addressed, such as the impact of karst habitat fragmentation on diversification, the origin of regional replications of evolutionary radiations in a historical framework, and the evolution of life history traits.

Various projects on the phylogeny, evolution, biogeography and taxonomy of Trechini of the World are currently underway.

LENGGURU 2014 - Exploration of biodiversity of the Karsts of Western Papua:

WIN-TIMDOUINE 2008 - Subterranean exploration of the largest cave of Africa