HomeResearchEntomologyEntomologyMichael Haas
Back to team overview 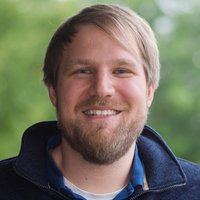 Chalcid wasps (Hymenoptera: Chalcidoidea) comprise over 22,500 species worldwide and are estimated to more than ten times as specious. They are therefore one of the most species rich, but at the same time most understudied group of insects. This is despite their key role as regulators due to their parasitoid life style. Part of my research aims to assess the chalcid fauna in Europe via DNA-barcoding  to identify unknown and taxonomically problematic species. I also focus on studying the Cretaceous chalcid fauna, to better understand extant diversity.

Member of the chalcid family Pteromalidae in front of a phylogenetic tree, based on barcoding data.

With 3500 described species the family of Pteromalidae is one of the most species rich families of chalcid wasps. About 800 species have been recorded from Central Europe, representing nearly half of all Chalcidoidea known from that area. Correct species level identifications are however complicated by the existence of cryptic and dimorphic species. Hence, an integrative taxonomic approach, combining different methods for species level identification can help to solve this problem.

One of these methods is DNA barcoding which employs molecular data to identify species. One goal of my work is to complete the existing DNA database for the family of Pteromalidae in Central Europe and to test the suitability of the mitochondrial barcoding gene (COI) for correct species level identification within this family. My studies are based on the extensive material from the German Barcode of Life (GBOL) project and the Swedish Malaise Trap Project (SMTP). Information gained from barcoding aid in the identification of cryptic species complexes, which are then further differentiated by using other molecular, morphological, morphometrical, phenological and biological data.

It is hypothesized, that extant chalcid diversity evolved since the Early Cretaceous, but the timing and phylogenetic relations remain largely elusive. This is in part due to the lack of described fossils during early chalcid diversification.

The description of new fossils contributes in dating key evolutionary steps in the evolution of this group, allowing to trace morphological novelties and biological shifts over the phylogenetic tree. This is especially interesting in Chalcidoidea, as they potentially underwent a rapid radiation in the past, obscuring the phylogenetic information, not even fully revealed by modern, molecular based methods.