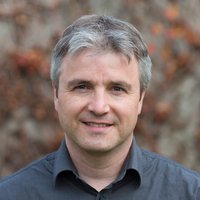 Mainly focussing on mammalian biogeography, I am especially interested in drivers and mechanisms of speciation. Why and how do animals disperse? Which physical structures are barriers to or corridors for dispersal, now and in the past? And for which organisms? If not by geographic settings, how is reproductive isolation achieved and maintained? And vice versa: What do dated phylogenies tell us about past habitats and the distribution of land and sea? My current studies focus on tarsiers (little Southeast Asian primates) and several native mammals (beavers, rabbits). 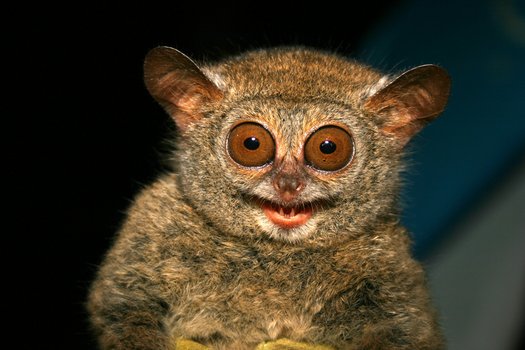 Ecology and evolution of tarsiers

Several of my projects are dedicated to the ecology and evolution of tarsiers. Their intermediate phylogenetic position within the order of primates, their natural history in the geologically extraordinarily active Malayan archipelago, but also the increasing importance for ecotourism and as flagships of nature conservation in Southeast Asia make these little primates - only about 12 cm small - equally interesting for evolutionary biologists and conservation biologists.

Based on about three years of field work in the rainforest of Sulawesi, the fourth largest island of Indonesia, I compared, among other things, population densities and ranging behavior (using radio-tracking) of tarsiers along a gradient of anthropogenic disturbance. During this time I was also fortunate to discover two new species of tarsiers (Tarsius lariang, T. wallacei) and was also involved in the description of another species (T. tumpara).

Against the background of plate tectonic reconstructions of Southeast Asia, we are currently working to understand evolutionary processes that led to the diversification and current distribution of tarsiers. We are looking for phylogenetic signals on a morphological, bioacoustic and genetic basis. In a hybrid zone between two tarsier species (see figure on the right), we investigate, among other things, the rationale of asymmetric gene flow between species. Other projects focus on intraspecific differentiation in Wallace's tarsier and on the phylogenetic position of the pygmy (or mountain) tarsier T. pumilus. 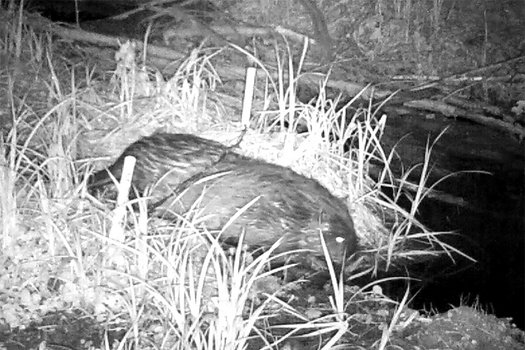 In this project we investigate the dynamics of population genetic structures of Eurasian beavers (Castor fiber) in the course of resettlement in south-western Germany. Beavers have been successfully reintroduced by humans in Bavaria and Switzerland, among other places, and some autochthonous populations in Central Europe (on the Elbe and Rhone rivers) have survived the 19th-century wave of extermination. The beavers, which are now strictly protected, are now reclaiming their original habitat in Baden-Württemberg in a natural way. Which river systems do they use? How fast are they spreading? How far can the semi-aquatic beavers migrate over land, under what circumstances can watersheds be crossed? In order to answer such questions, we set up hair traps that we use to access the beaver's genetic material. This is sexed in the DNA laboratory, and individual genetic profiles are created by analyzing mitochondrial DNA and genotyping the samples using microsatellite markers. Their similarities allow the degree of relationship between the animals and their population origin to be estimated.

The focus of this long-term project is currently on south-west Germany. We are always grateful for sending samples.

The sea itself is GIGANTIC: the oceans occupy two thirds of the earth’s surface and turn our planet – seen from space – to the blue planet. In the third dimension, the sea is no less GIGANTIC: the highest mountains of the earth could easily be completely submerged in the deepest trenches of the Pacific Ocean. GIGANTIC are also many of the organisms living in this apparently infinite space.

The big portico in the Schloss Rosenstein becomes an ocean. Get into the submarine and go on a journey diving down in this mystical world under water!

Sei whale and sperm whale, whale shark and big white shark – the central ocean hall, for the special exhibition entirely redesigned, is an area of superlatives. Record holders among these giants of the seas are, without any doubts, the whales. Walking around the 13-meter-long sei whale, one of the highlights of the exhibition, you can admire its taintless, streamlined elegance on the one hand and gain insights into its complex inner life on the other. On the other, you can have a close look on his complex insides. Also on the move in the open water are two big sharks: the huge whale shark, the biggest fish on earth, which lives from plankton just as the sei whale, while the rare big white shark preys on large animals such as marine mammals.

Even as impressive then sei whale and whale shark is the skeleton of a sperm whale, shown for the first time in our museum. He is the biggest of the toothed whales. On the bottom of the deep-sea sources of life are formed on such sunken sea giants.

Deep-sea – the largest habitat of the earth and one of the most extreme. Strange creatures are moving around in the eternal darkness, legendary above all the myth-inspiring giant squid. Once your eyes are adapted to the twilight, you will discover bizarre species such as the oarfish, giant crabs and giant isopods!

GIGANTIC can also consist of very small: krill or fish can unite to huge swarms or schools. Tiny coral polyps form extensive reefs, the most divers and species-rich habitats under water.  Not so colorful, but not even less complex are the kelp forests build by the giant kelp. You can range these woods in the showroom “GIGANTIC complex”. But there civilization catches up – enormous garbage patches compromise the marine ecosystems in a massive way.

Far away from such modern problems, you can travel back in time in GIGANTIC in the sea. There, amongst others, you can meet a 190 million years old, large ichthyosaur in an impressive three-dimensional preservation. And last, but not least the tremendous set of teeth of Megalodon, the unchallenged terror of the prehistoric oceans.

Teaching (in German, to be translated soon)