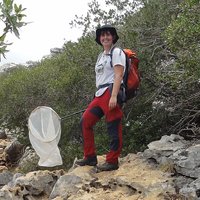 Systematics and taxonomy of chalcid wasps (Chalcidoidea), especially of the family Pteromalidae. Biodiversity assessment of Hymenoptera at the ‘Evolution Canyon’ in Israel.

Due to its geographical location between Africa and Eurasia, Israeli biodiversity combines elements from the three neighboring floras and faunas: Asia, Africa and Europe. Within the Mount Carmel National Park, which is situated close to the city Haifa, lies the so called “Evolution Canyon”. The canyon is characterized by a dry and savannah-like northern slope, hosting primarily the African and Asian flora and fauna, as well as a forested and humid southern slope, reassembled by the European flora and fauna, creating a natural microscale model in which Europe faces Africa in a small space. Since the 1990s, Prof. Dr. Eviatar Nevo and his research group of the Institute of Evolution of the University of Haifa explore speciation processes and adaptions to environmental stress (micro-scale model for climate change) of selected species of bacteria, fungi, plants, insects and mammals on the two slopes of Evolution Canyon.

This project is the first attempt to assess the Hymenoptera biodiversity of the Evolution Canyon in collaboration with the University of Haifa. Specimens are collected using several methods like Malaise-traps, sweeping nets, colored pan traps as well as bait traps prior to subsequent taxonomic processing. This resulted in the following projects:

The hymenoptera family Scolebythidae is ancient and extremely rarely collected. This is confirmed by the fact that there are currently more fossil than extant species known. Pristapenesia asiatica was only described in 2011 based on two female specimens from Thailand and China. This represented the first extant record of Scolebythidae from the East-Palaearctic as the family had previously only been collected in the Southern hemisphere. The record of P. asiatica from Evolution Canyon introduced the hitherto unknown male to science, but the samples also comprised a large number of female specimens, yielding data on the morphological variation of the species. Furthermore, the specimens also represented the first extant record of the family from the West-Palaearctic.

Currently comprising 18 described species, Notanisus is one of the most species-poor genera of the chalcid family Pteromalidae (Chalcidoidea). The genus was reported from Israel for the first time, whereas the most abundant of the five recorded species is new to science. The female of this species differs significantly from all other known females in this genus, which Are usually metallic green, blue or purple, in being beige with only a slight metallic tinge except for the metallic blue last metasomal segments. Usually, female and male Notanisus specimens display a strong sexual dimorphism, whereas the interspecific morphological variability between the males is very low. By using DNA-Barcoding, it is possible to definitively associate males and females.

Microcurgus is a small and rarely collected spider wasp genus that previously comprised three described species from Egypt, Tunisia, Iran and the Democratic Republic of the Congo. It is now recorded from Israel for the first time. Furthermore, the specimens represent a yet undescribed species whose most apparent feature is the several rows of dark square patches on the otherwise silvery pubescent frons. 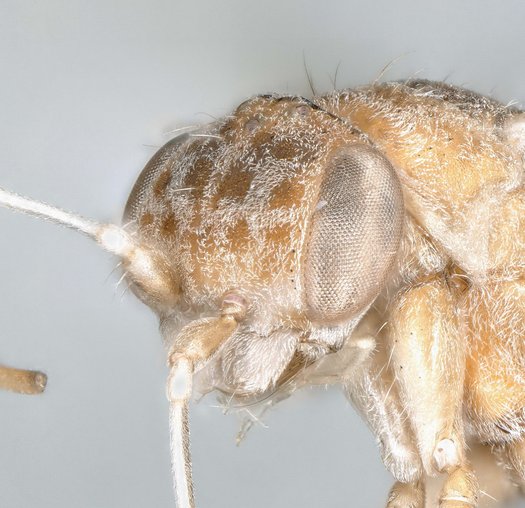