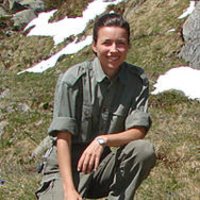 The Helicinidae represent a family of very remarkable land snails which is -due to its distribution limits- nearly unknown in Europe. However, they comprise about 1.000 described species that occur in roughly equal portions both in the tropical and subtropical zones of the New World as well as of indopacific and pacific islands including margins of the Asian and Australian continents. The name "Helicinidae" immediately reminds most people of "Helicidae", the most popular group of land snails including e. g. Helix pomatia, but the important two letters "ni" only from the Latin dimunitive of the latter name alluding to superficial similarities of otherwise completely different things. In fact, Helicinidae and Helicidae are at least as distinct from each other as fishes from human beings.

The Helicinidae represent a group of gastropods that - in an evolutionary sense - was the first to evolve to terrestrial life independently from any other and usually better known group of land snails, e. g. the pulmonates. Their closest relatives are found among the marine and freshwater inhabiting Neritopsines. In tropical environments they often contribute a significant portion to the molluscan fauna both in diversity and abundance. Despite those points of interests they were mainly neglected as objects of research.

The last comprehensive revision of the group dates back to A. J. WAGNER (1907-1911) only being followed by scattered papers on restricted areas and the systematic approaches by H. B. BAKER.

Major topics of my interest and research on the Helicinidae include:

* Biogeographical questions (e. g. in the Caribbean and on Pacific Islands)

* Population studies and questions of the diversification

* Revision of the Costa Rican Helicinidae

* Revision of the New Caledonian Helicinidae

* Revision of the Helicinidae of the Lesser Antilles 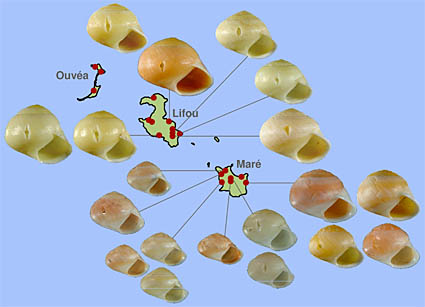 Variation of Sturanya sphaeroidea on the Loyalty Islands Lifou and Maré

New Caledonia is a well-known hotspot of diversity of endemic species. Nonetheless and especially among the invertebrates many species still remain undiscovered or undescribed while -– as in many parts of the world – precious habitats keep disappearing because of mining for minerals, agriculture or the influence by invasive introduced species. In 2018 a first expedition entirely dedicated to research on terrestrial molluscs took place under the roof of the program "La Planète Revisitée" co-organised by the Muséum national d’Histoire naturelle Paris (MNHN) and Pro-Natura International. The leader of the expedition, Prof. Dr. Philippe Bouchet, MNHN, invited me to participate in this expedition and to especially continue my revision of the New Caledonian Helicinidae previously only based on morphological methods due to limitations in the material available. In addition and on rather short term we an as international team of malacologists will work on research questions regarding threats and therefore possible conservation measures for the malacofauna of selected habitats (terrestrial and freshwater). A continuation of the expeditions in international cooperation as the baseline for any research in planned. 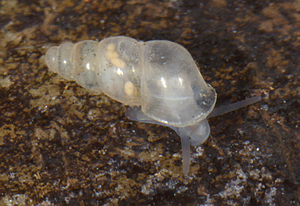 Freshwater snails of the genus Bythiospeum mainly inhabit subterranean habitats (groundwater, springs and spreams in caves) and are only rarely found in surface waters close to springs. In Germany 27 species are recently recognised with the centre of diversity in Baden-Württemberg. The current species delineation was mainly established on morphological characters combined with the assumption of highly isolated populations which is based on the very restricted habitat. In such a group with a high intraspecific variability on one hand and only roughly defined differences between "species", classic methods meets their limits. 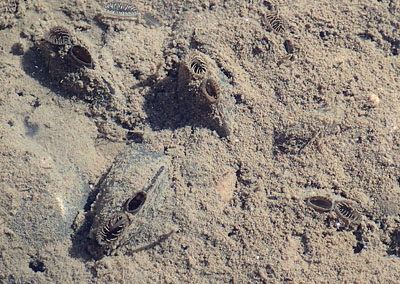 Distribution and knowledge on unionid mussels in Baden-Württemberg

Although formerly common and widely distributed most of the unionid species are nowadays among the losers of anthropogenic changes of our environment. In Germany as well as in Baden-Württemberg the Thick river mussel (Unio crassus) – formerly the most common species with an impressively broad ecological spectrum – is currently threatened by extinction. Data on the current distribution of the different species and also on the genetic structure of the surviving populations is limited.

Despite various assessments specifically for the Thick river mussel, data on its distribution as well as on other unionid species are scattered and incomplete. In addition to a compilation of the existing records the project included localized mapping efforts across the area of the county.

For several species (e. g. Unio pictorum, U. crassus, Pseud­anodonta complanata) it has long been discussed in literature to have subspecies or local races ("Danube-race", "Rhine-race") based on differences in shell morphology. Some authors interpret the distribution patterns of these forms even as hint to ancient connections of the drainage systems. For south-western Germany these considerations are so far entirely based on shell morphology. To approach these questions the project comprised a first pilot study exemplarily for the Thick river mussel applying population genetic methods (establishment of methods and assessment of results for selected populations).

The project was supported by the funds of the Fischereiabgabe and managed by the Regierungspräsidium Stuttgart.

Involved in the project: Cornelia Krause and Christina Schüßler 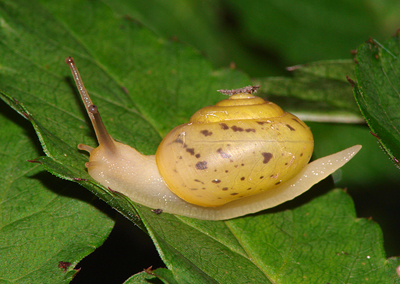 Distribution and diversity of molluscs in Baden-Württemberg

Due to their low mobility and often high specificity molluscs constitute important indicators for the actual status of habitats and their changes over time. Furthermore, the long endurance of empty shells allows insights into the historical development of habitats.Despite this importance and a share of nearly 43 % of endangered species we still lack fundamental data on the distribution of snails, slugs and freshwater mussels in Baden-Württemberg.

Together with the "Arbeitsgemeinschaft Mollusken BW am Staatlichen Museum für Naturkunde Stuttgart" (molluscs working group Baden-Württemberg at the State Museum of Natural History Stuttgart) and in cooperation with the LUBW, the overall goal of different projects is to reduce those deficiencies in knowledge. In addition, targeted reserach projects focus on selected species whose systematic status and the differentiation from related species is still uncertain (see also "Species dfifferentation and distribution patterns in Central European groundwater snails").

This project, supported by the Stiftung Naturschutzfonds Baden-Württemberg for two years from 2017 to 2019, aims at the digitalisation and online access of different sources of distribution data of native molluscs. The only previous attempt of a mapping project about 30 years ago resulted in a preliminary compilation of distribution maps (atlas) and this still represents the most recent state of accessible knowledge. The resulting distribution maps with an update of about 26.500 datasets in April 2021 can be accessed in static form on the pages of the work group of molluscs BW.

During current project conducted by the Staatliche Museum für Naturkunde Stuttgart in cooperation with the work group of molluscs BW (Arbeitsgemeinschaft Mollusken BW) and the LUBW, the data from the "Prodromus" from 1982 will be digitalized. Furthermore, the data from the museum collection as well as published data from literature of the past 30 years will be extracted, recorded and checked by experts. All results will be tranferred to a publicly accessible database. In a wider context beyond this project and in the same cooperation it is intended and already in progress (partially realised with the update in 2021)  to integrate additional data sources in order to assemble a critical amount of data that finally allows well supported evaluations. Equally, it will become possible to recognize deficiencies in regional knowledge as well as for certain species. 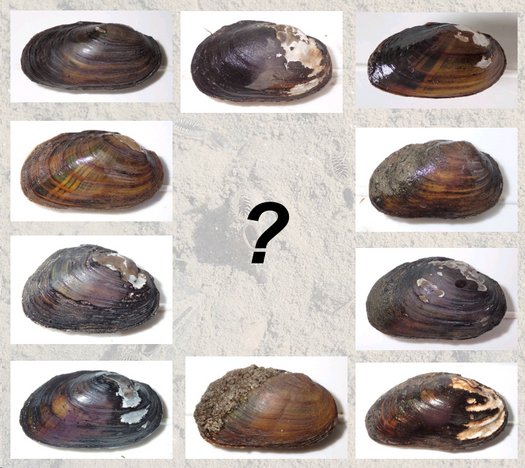 Genetic diversity of the Thick-shelled River Mussel in Baden-Württemberg

Once common and widely spread the Thick-shelled River Mussel Unio crassus is one of the most threatened species in Germany (FFH directive, appendices II and IV, listed as "threatened by extinction" in the Red List and highly protected). Despite various protection programs the recent FFH report evaluates the actual conditions as "bad" with equally bad perspectives for the future. Meanwhile knowledge on the genetic structure of the often highly fragmented and isolated remaining populations froms an indispensible basement for the protection of the species.

Extending on results of a first pilot study (see "Distribution and knowledge on unionid mussels in Baden-Württemberg") the currently projects will employ different population genetic methods to provide such missing information. Results will be evaluated in the context of the respective population histories to allow suggestions on priorities, action and conservation measures. Hereby the project will provide important basic knowledge for development of protection and focussed conservation concepts for the Thick-shelled River Mussel in Baden-Württemberg and thus directly support the implementation of the strategy of nature protection under the aspect of conservation of genetic diversity.

Involved in the project: Cornelia Krause