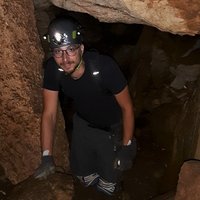 Evolution and Underground colonisation in beetles: the Bythinini tribe (Coleoptera: Pselaphinae) in the Balkan Peninsula.

Pselaphines are tiny beetles belonging to the Staphylinidae family, which is the largest coleopteran family in terms of species numbers. Over 250 species of Pselaphinae are quoted as cavernicolous and about one-quarter are found in the Balkan Peninsula. Most of these species belong to the tribe Bythinini and are endemic to the Dinarides, a well-known World biodiversity hotspot. The Bythinini tribe is predominantly represented by subterranean endemic genera and includes species adapted to various horizons, from litter to deep soil and caves.
The subterranean environment is expected to have driven these beetles into strong selective and evolutionary processes (eg. convergent evolution), which - under the light of molecular phylogenetic approaches- will be investigated and revealed though this project.